Skip to content
You are here
Home > Stories > Adversity amps up for bigger, brighter future 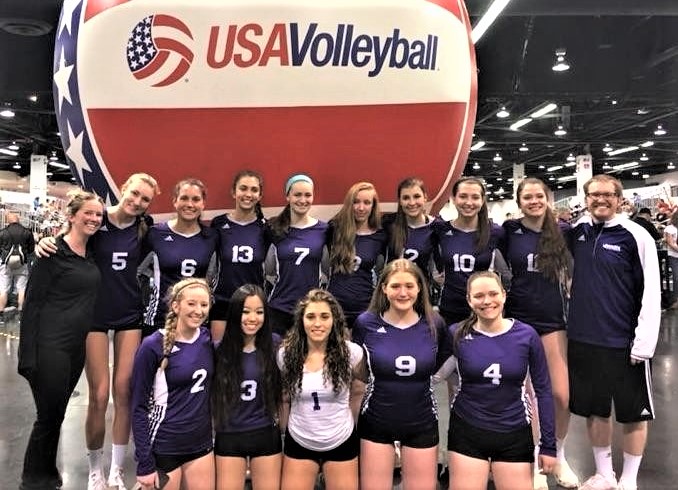 Founded by former USA Women’s National Sitting Volleyball and USAV CAP Level 5 coach Mike Hulett, Adversity Volleyball Club has been around for more than 20 years. But the Vernon Hills-based club is getting a complete overhaul from top to bottom.

“We plan to take over the world,” said Adversity’s new boys’ program director Keith Kujawa, half-kidding and half-serious. “We have a lot of great things that will be happening here now and over the next few years.”

The “overhaul” began recently with the hiring of Kujawa, a Richards High School graduate who was a member of the first men’s team at Lewis University, former Queen of Peace and University of Illinois star Melissa Vandrey Masterson, and former Barrington standout and Penn State NCAA national champion Kyle Masterson.

“Mike has done pretty much everything by himself,” Kujawa said. “With the four of us, our plans and our goals are far more achievable. We’re looking to become THE club in the Midwest and one of the top five clubs for girls and boys in the country.”

Hulett’s philosophy at Adversity has long been to train volleyball players by focusing on game situations.

“The science has been out there for 40 years that says the best way to learn and attain skills is to do it in a game-like way,” he said. “When you’re doing a two-person drill, it’s not very game-like. You pass the ball back and forth. Do you do that in a game?”

“Another part of that is, what is their mental focus when they’re playing pepper? ‘Hey, how are you doing? How was your day?’ You see setters training against a wall all the time. Has anyone ever won a gold medal in wall-setting?”

“Do we need to teach and do things in drill situations? Yes, absolutely. You have to do that when you’re dealing with younger athletes,” he added. “But the bottom line is you have to play the game to be good at the game.”

Providing more opportunities for players to get good at the game is part of the master plan at Adversity.

“We’re definitely going to add more court time for all players, so we can focus on game-playing and improving their technique,” said Kujawa, who has been around volleyball as a player, coach and club director since the late 1980s. “We’re going to give them more opportunities to improve their play.”

“Boys can carry the sport with their athleticism,” he added. “But we need to continue to improve their skills so the combination of their athleticism and skill will make them better volleyball players.”

New girls’ program director Vandrey Masterson, who helped take Illinois to the NCAA tournament in 2003 and played professionally in Sweden before returning to the states, has been impressed by Adversity’s emphasis on strength training, conditioning and nutrition.

“When I went to college, I was completely overwhelmed,” Vandrey Masterson said. “I knew nothing about strength training and how to keep your body healthy, how to keep your body strong, how to eat right. I feel like if I had some background in these areas, I could have had a more successful collegiate career.

“Through my experience, girls are not getting enough exposure in these areas,” she added. “There are a lot of girls who have to spend their first year in college getting stronger. I think strength training, conditioning and nutrition are huge to making these kids better for the collegiate game and a complete athlete.”

Vandrey Masterson also embraces some of the other innovations Adversity employs, like utilizing a 10-by-10-foot “wall” of flat screen TV monitors so coaches can record players and provide instant feedback on whatever skill the athletes are performing.

“In addition to the current facility’s three weight rooms, there are ample resources available to enhance a player’s experience,” Vandrey Masterson said. “It’s exciting to be a part of it … to provide athletes with world-class opportunities.” 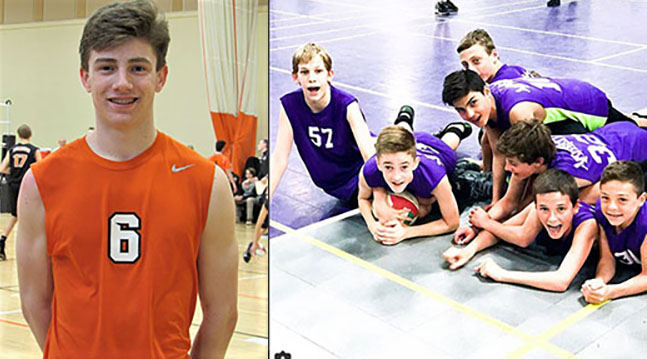 “We are going to try to extend the olive branch to other schools and network with other coaches, so they can see what we’re doing here and how we are improving and continue to improve the level of training we provide,” Kujawa said.

Another piece of big news to come out of Adversity is the club’s plan to build a new 150,000-square foot, state-of-the-art facility scheduled to open in 2020.

“We have three potential sites,” said Masterson, who will oversee all of Adversity’s operations as the club’s new director. “The facility will be near our current one, perhaps a little more south. We are building essentially a world-class facility … the best in the country.

“The new facility, like our current one, will have plenty of weight rooms for our strength and conditioning programs, things that Melissa picked up internationally, things that they’re doing in the USA gyms and things that a lot of college coaches like to do,” he added.

Yet despite the addition of new personnel, the construction of a new facility and the goal to “conquer the world,” Hulett promises one thing will not change at Adversity.

“We will continue to train everybody exactly the same way,” Hulett said. “So, if you decide when you’re 16 years old that you just want to play high school, you’re getting the same training as somebody who plans to go on and play in college.

“To me, that’s the bell that should ring in everybody’s head,” he said.