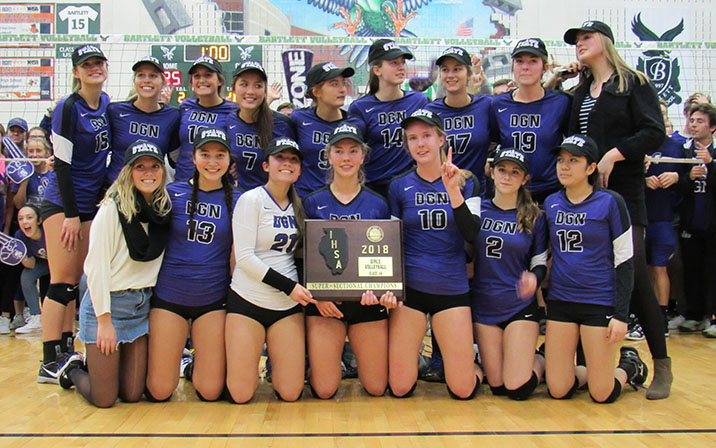 A movie ticket cost $3.50. Postage stamps were 24 cents. The Dow Jones closed at 2,168. A former movie actor, Ronald Reagan, was president. And the first game under the lights was played at Wrigley Field.

How long? Head coach Mark Wasik was in fourth grade.

“This is a group of girls who are so coachable, it sounds cliché, there’s like zero resistance,” Wasik said. “They’re all on the same page. They’re all good supporters of each other. They all want it for each other. Nobody wants it for themselves.

“Whether we won or lost tonight, this is truly the most exceptional team I’ve ever coached,” he added.

Now Wasik will be able to coach them two more times. 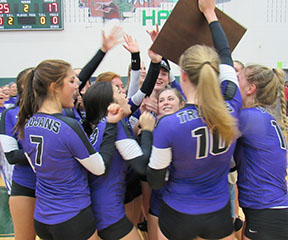 Downers Grove North (29-11) ended a three-decade state finals drought Friday with a 25-13, 25-17 victory over St. Charles East at the Bartlett Class 4A Supersectional.

The Trojans will play Prairie Ridge (29-10), a 29-27, 25-14 winner over Loyola at the Warren supersectional, in a Class 4A semifinal at 8:30 p.m. on Friday at Redbird Arena on the campus of Illinois State University in Normal.

Friday at Bartlett, Downers North jumped on St. Charles East (25-15) early in Game 1, building a 12-2 lead before many fans had time to get comfortable in their seats.

“We’ve come out super hot in every playoff game because we’re just so motivated, so fired up,” said Downers North’s 6-foot senior outside hitter Margaret Mahlke, who led the Trojans with 9 kills, 6 digs and an ace.

“We started off the season so different from where we are now,” she added. “We started the season out not flowing together. We didn’t have much chemistry. Now the chemistry is unbelievable. We just play together so well.”

After closing out the first set on a kill by 5-10 senior Cynthia Brennan (5 kills), the Trojans barely let the Saints catch their breath before taking a 5-1 lead in Game 2.

St. Charles East did pull within 11-9 on back-to-back kills by 5-8 senior outside hitter Samantha Urban (team-high 6 kills), but Downers North responded by closing on a 14-5 run.

“But we continued to just jump out, play fast, play strong, and play good, consistent good volleyball,” he added. “I knew defensively St. Charles East was one of the better teams we’d play. Our focus was to match them defensively, and I think we outmatched them.”

Senior middle blocker/outside hitter Jade Casper added 8 kills, 7 digs and an ace for Downers North, which also got 25 assists and 5 digs from Elizabeth Dunlap, 5 kills and an ace from 5-11 senior Maddie Degiorgio, and 2 aces from sophomore Mikayla Sweeney. 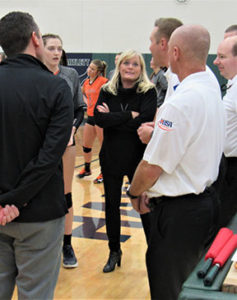 “They (Downers North) were prepared,” said St. Charles East coach Jenni Kull, who was trying to take the Saints downstate for the first tie since 2011. “They were ready. They knew what we had and they were prepared for us. They did a real nice job. They were really focused. Good for them.”

Meanwhile, Margaret Mahlke, whose older sister Katherine was a standout player in her day at Downers Grove North, will continue living her dream.

“State means everything to us,” Mahlke said. “It’s been my absolute dream to go to state since my freshman year. Now that it’s finally here, I can’t come up with the words. It means so much. I’m so excited.”