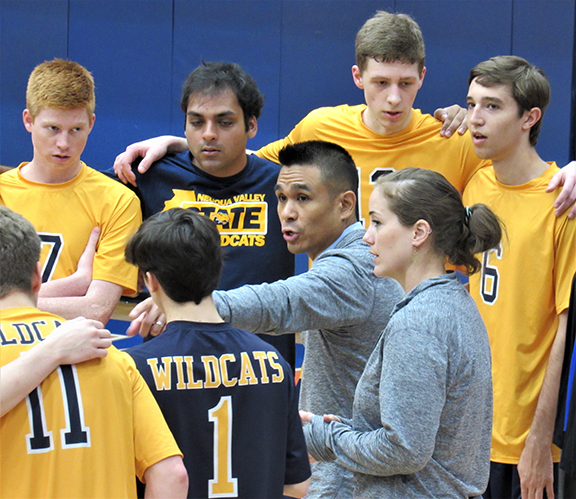 Was Kevin Kauling the question or the answer?

The 6-foot-8 junior setter, who had spent the past week in Colorado Springs training with the U.S. Junior National Team, returned to the Neuqua Valley lineup early Saturday morning for the Wildcats’ IHSA state semifinal showdown with three-time defending state champion Glenbard West.

“I got back in about 4:00 p.m. yesterday,” Kauling said. “I was in the air while they were playing (Lincoln-Way West in the quarterfinals). I texted Francisco (Comas) that I can play tomorrow because I’m not doing the USA thing because they don’t think I’m ready. I will do anything for the team.”

So Kauling was ready to face Glenbard West in an 10:00 a.m. semifinal. But was Neuqua Valley ready for Kauling?

“The 5-1 with Andrew was working,” Grove added. “That got us here. The 5-1 with Kevin was working all season. We won at Wheaton Warrenville South. So we decided to use both (setters).”

It worked so well that Glenbard West won the first set 26-24.

“Coach (Eric Mendoza) came up to me and asked if I wanted to keep this 6-2 because we just lost the first set,” Grove said. “I said, ‘I don’t know. I think we should keep the same lineup and try to get comfortable.’”

Neuqua Valley found its comfort zone early in the second set, building a 15-11 lead and forcing a Glenbard West timeout. However, the Hilltoppers pulled even at 18-18 when 6-foot-6 senior Stone Metz rolled a kill halfway across the court along the tape.

The second set was still tied at 20-20 when Grove banged one of his 21 kills and Glenbard West was called for a net violation on the next rally. Kauling put the finishing touches on the second set with one of his 9 kills in the match.

“Everybody started figuring it out in the second set, and we felt more comfortable,” Kauling said. “The third set I felt like it was a lot more energy, everybody stepping up and playing our game. We’ve been confident all season. Nobody really expected us to be where we are. We have that underdog mentality.”

Jeremy Cardenas added 9 kills for Neuqua Valley, which also got 24 assists from Schlegel, 11 digs from Comas and contributions up and down the lineup.

“We had a lot of people stepping up who you don’t necessarily see in the headlines,” Grove said. “Ryan (McGladdery) got a big block at the end of the third game. Andrew got a good dig and had some good sets. He gave Kevin (Kauling) a no block. Mark (Borghesi) had a couple of good hits in the first set Jeremy was hitting like his normal .500. Gabe (Scharosch) had an ace.”

“We’re not a flashy team,” Kauling said. “We’re just a team that gets the chip-away points. We know we’re the smaller team. We consider ourselves more of a ball control team. We don’t get the big  bouncing points (off the floor). We get the little tools and the little points, and we celebrate like it’s a 2-foot-line bounce.”

Neuqua Valley’s victory ended Glenbard West’s run at three straight state titles, which equalled the mark set by Wheaton Warrenville South from 2007-09. Metz said the Hilltoppers prepared for the game no different than they did when they beat Neuqua Valley 23-25, 30-28 25-23 in the finals of Glenbard East’s Springfest on April 6.

“We respect Kevin as a very good player,” Metz said. “We (he and Ardell) play with him in club. We knew that he came back. I think he reached out to JT. We prepared for it the same way when we played them at Springfest.

“It was pretty much the same exact game, just a different outcome,” he added. “A couple of points swing, and they took it from us.”

“They (New Trier) have a huge block,” Lincoln-Way East coach Kris Fiore said. “That’s kind of their thing. They grow the kids huge up there. We played them early in the season and I said, ‘Hey, I think this is finally the year we’re going to be bigger than New Trier.’ Then here comes New Trier again and they’re bigger than us.”

Fiore said the key to the match was keeping New Trier out of system and off the net.

“Their kids are so physically strong,” he said. “We knew we could not let them just pass up to the net and set those big, physical kids. It would be to our disadvantage, and we were able to do more of that in  Games 2 and 3.

“Game 1 was just a hot mess from every single angle for us,” Fiore added. “We were dead in the water.

“Such a close game, such a hard-fought game,” New Trier’s 6-6 middle hitter James Snyder said. “We played as hard as we possibly could. It’s just a bummer.” 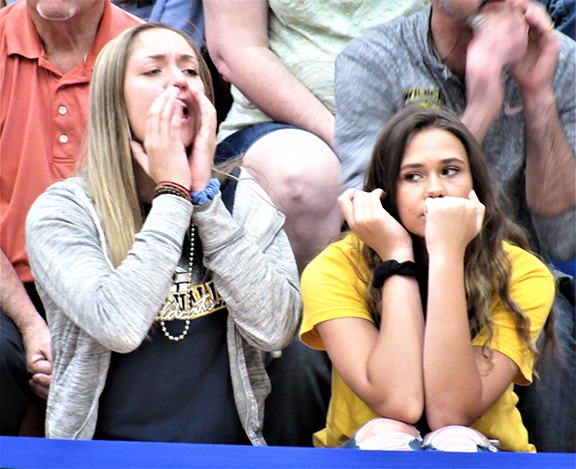 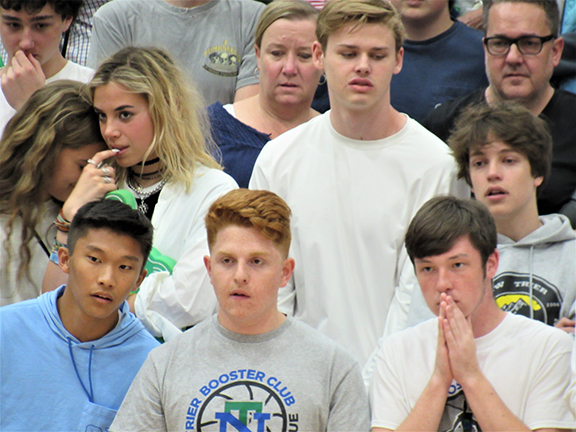 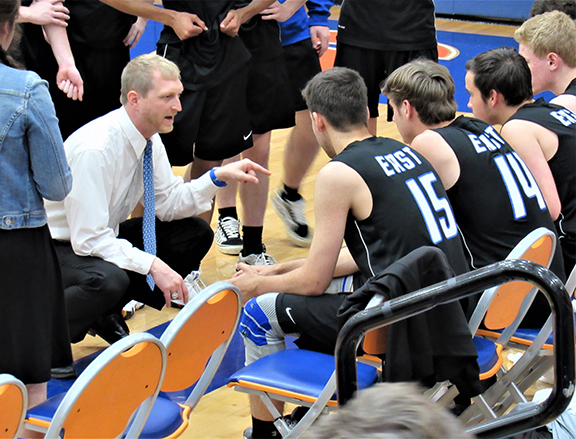 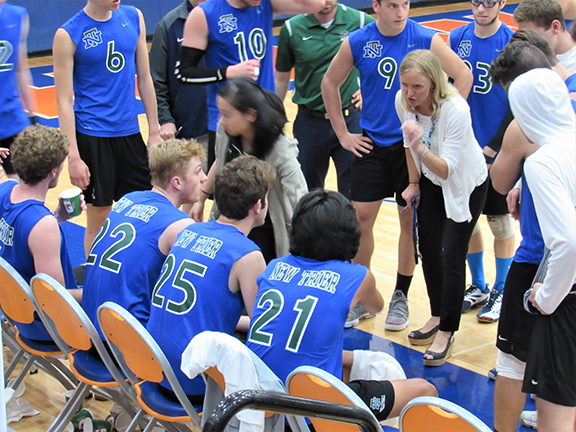 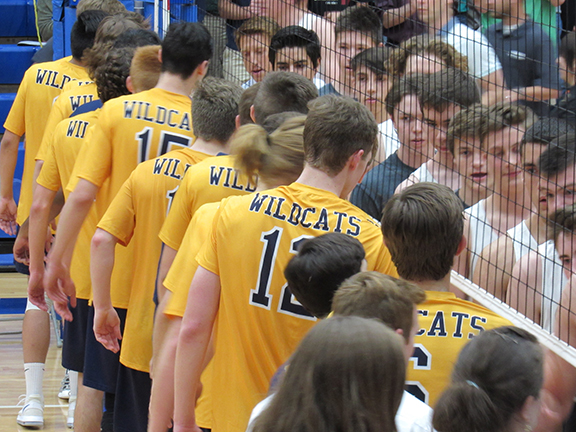