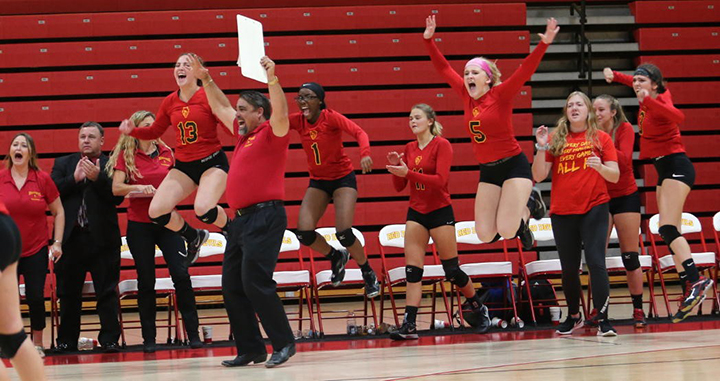 “It was a three-set thriller and the fans got their money’s worth as Murphysboro now evens the score and takes a share of the lead for its pursuit of its sixth straight conference title,” said Murphysboro coach Mike Layne.

Murphysboro (13-6 overall and 5-1 in conference) was led by 5-foot-10 sophomore Kylee Kerrens, who had 12 kills and 4 blocks. Five-foot-9 junior Lillie Schaldemose added 11 kills and 5 digs, and 5-10 senior setter/outside hitter Rachel Finders had 17 assists. 5 kills and 10 digs.

Ashley Jarrett added 16 assists and 3 aces for Murphysboro, which also got 7 kills and 4 blocks for the Red Devils.

Would be nice if you gave credit for the photos. Photographers work very hard with little in return. Just a thought.