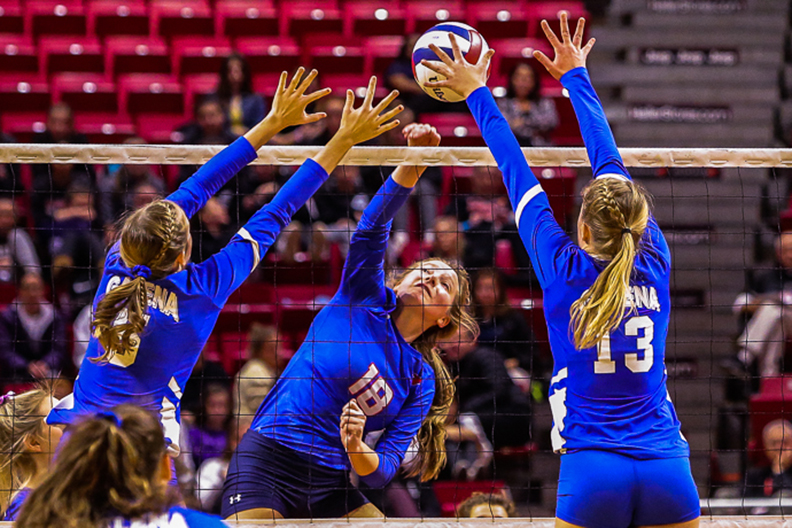 Before this season, the Pleasant Plains girl’s volleyball team hadn’t won a sectional.

Now the Cardinals are Class 2A state champions.

Using a balanced attack, Pleasant Plains (34-6) put together some key spurts and went onto a 25-18, 25-20 victory over Galena in the IHSA Class 2A state championship match Saturday at Redbird Arena.

It was the first state championship in a girl’s sport for the Cardinals. 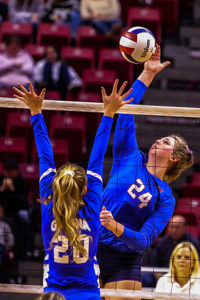 “I told the girls the girls that if we got here, I knew we could take care of business,” said Pleasant Plains coach Denise Dufour. “I’ll just remember the road we took and winning the first sectional title along the way.”

They did by leaving it all out there.

“This was my last match,” said Pleasant Plains 5-foot-10 senior middle hitter Allie Edwards. “So I said everything that I had, I’d leave it on the floor. You can’t take it back.”

“It means everything,” said Galena coach Dennis Wills. “These girls played their hearts out all year long and took us to new heights.”

After losing the opening set, the Pirates tried to take it to a third set by jumping out to a 5-1 lead in Game 2. But the set tightened and had seven ties and six lead changes. Galena still led 18-17 when Smith smashed a kill to start a 6-0 run, which included a let ace by senior defensive specialist Jade Garrett (7 digs). Moments later, Edwards put down the match-winner. 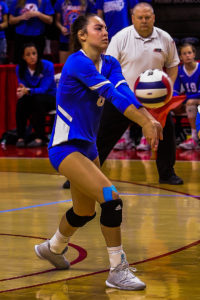 “We started a little down, but we were like, ‘We’re not losing this set,’” Smith said. “We weren’t going to go three. We had to do it now.”

Pleasant Plains had 13 matches that went three sets during the season, winning 10 of them, including a thrilling 25-22, 15-25, 26-24 victory over Champaign St. Thomas More in the semifinals.

Pleasant Plains lost its final two matches on October 20, the last day of the regular season, at the Quincy Notre Dame tournament.

“After that, we said we have seven matches to go,” Dufour said. “We just had to go out and check them off.”

This was a different Nashville team than the one that was routed 25-14, 25-2 by Galena in Friday’s semifinals, but the Hornettes still came up short in the Class 2A third-place match against defending state champion St. Thomas More.

Senior middle hitter Bailey Melton had 9 kills for Nashville (32-10), which led at 10-8 in each of the last two games but was quickly overtaken by the Sabres. Nashville also got 5 kills from senior outside hitter Jenna Harris, 16 digs from junior Abby Grabowski and 7 assists and 14 digs from Abby Wesslemann. 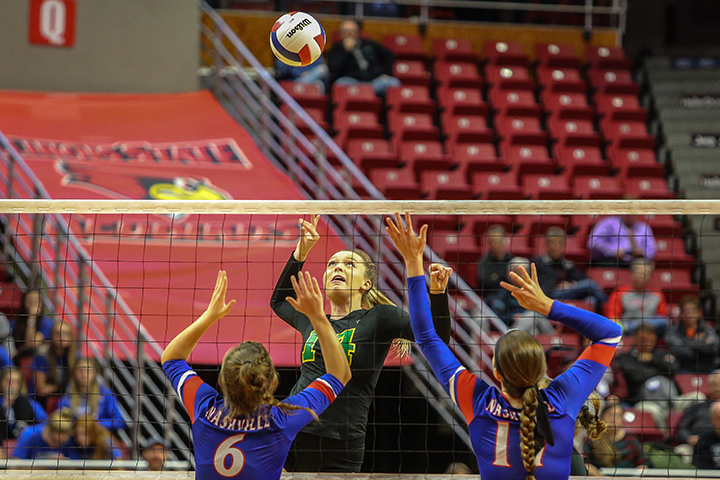