Skip to content
You are here
Home > Stories > W-S-S prepares for one final run; can Lakes break odd-year habit? 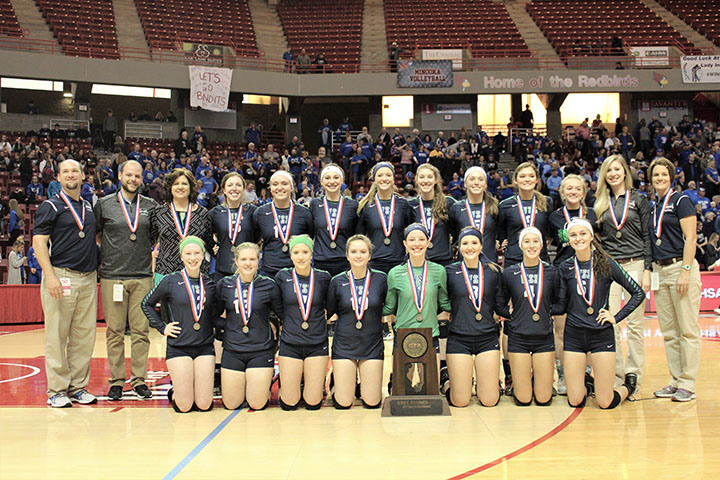 School: Christopher
Conference: Black Diamond (West)
Head coach:  Adam Rosoho (1st Year)
Last season’s highlights: 11-20 overall, 7-5 in conference, lost 25-22, 25-19 to (Elkville) Elverado in a Class 1A regional semifinal.
Top returnees: 5-10 senior outside hitter Rebecca Henson, 5-10 senior outside hitter Courtney Hoppers, 5-7 sophomore outside hitter Shianne Dejear, 5-9 senior middle blocker/setter Andrea Miller, 5-4 sophomore setter Courtney Salatas, 5-7 junior middle blocker LiIly Winget, 5-5 sophomore libero Sydney Yosanovich.
Top newcomer: 5-7 senior setter Hannah Flatt.
Coach’s quote: “With this being my first season as coach, we are looking to adjust and get better as the season progresses. We played some tough competition this summer and competed well.”
Outlook: Christopher graduated only two seniors and one starter from last year’s team, and returns 12 players, eight of whom started more than one game in 2017. There were times the Bearcats had four freshmen and two sophomores on the court at the same time. That experience should begin to pay off in 2018, although the Black Diamond West remains a challenge with Chester and Trico wearing the favorites’ mantle and the area loaded with solid volleyball programs like Edwards County and Norris City-Omaha-Enfield. 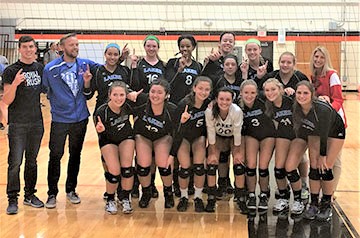 School: Lakes
Conference: Northern Lake County
Head coach: Kate Cheek
Last season’s highlights: 29-4 overall, won Crosstown Classic tournament, lost 25-14, 25-16 to Prairie Ridge in a Class 4A sectional semifinal.
Top returnees: 6-3 senior middle blocker Keelan Bell, 6-2 senior middle blocker Paule Ceneac, 5-10 junior outside hitter Kelli Rettig.
Top newcomers: 6-0 sophomore setter Devinn Bell, 5-10 junior outside hitter Ashley Smith.
Coach’s quote: “We have a mix of age levels and multi-sport athletes this season. I am really relying on our senior players to communicate to their teammates and to me and be leaders to start the season. The seniors are setting the bar high and giving the underclassmen someone to look up to. They push each other in practice every day and are helping to better the team.”
Outlook: Lake must replace five starters including all-conference selections Katie Billetdeaux and Erica Grant. Cheek returns to the bench after a one-year absence.
Did you know? Lakes has won regional titles in each of the last four odd-numbered years.

School: Prospect
Conference: Mid-Suburban East
Head coach: Laura Gerber
Last season’s highlights: 9-27 overall, lost 25-14, 25-18 to Glenbrook South in a Class 4A regional quarterfinal.
Top returnees: 5-10 junior outside hitter Grace Cacini, 5-6 junior libero Mia Farraday, 5-9 senior outside hitter Emma Cogan, 5-9 senior opposite hitter Elizabeth Abraham, 5-7 junior setter Sara Skaggs.
Coach’s quote: “We are looking forward to a successful season with five returning starters. Three of our strongest players from last year – Grace Cacini, Emma Cogan and Sloane Petlak – will be a big part of our offense. Our defense will be led by libero Mia Farraday. Our strengths are consistent hitting and strong defensive play. Our goals are to be conference champions and win our regional.”
Outlook: Dethroning Hersey, which is led by reigning MSL East Player of the Year Katie Kaburov and has won or shared 15 consecutive MSL East titles, will be no easy feat. But the Knights do have an experienced core to mount a challenge to Hersey, Wheeling and Buffalo Grove in the league.

School: Windsor-Stewardson-Strasburg
Conference: National Trail
Head coach: Ronda Schlechte
Last season’s highlights: 34-7 overall, 8-0 in conference, finished second in Class 1A, defeating Durand 27-25, 24-26, 25-19 in a semifinal before falling to Payson Seymour 25-12, 27-25 in the championship match.
Top returnees: 5-11 senior outside hitter Megan Schlechte, 5-6 senior setter Makenzi Tabbert, 5-5 senior libero Carson Cole.
Coach’s quote: “Our dominant positions are back this year, but we are still trying to fill in the gaps left by our graduates. We have a lot of potential to do well and the team is very motivated to work hard. We play a tough tournament schedule that will give us some strong competition throughout the season. I’m excited to see how this team will progress before the postseason.”
Outlook: Although Megan Schlechte provided most of the offense with 525 kills in 2017, the Hatchets still must replace the more than 300 kills contributed by graduated seniors Maria Gentry and Kasey Bean. W-S-S does get a lift defensively from the return of Cole, who had shoulder surgery last summer and missed the 2017 campaign.
Did you know, Pt. I? Megan Schlechte broke the single state final match record for kills with 29 in the semifinal against Durand. Katie Schumacher of Mother McAuley held the previous record with 28 against Downers Grove South in 1996. Makenzi Tabbert’s 48 assists in that match were the most ever in a Class 1A state final match, breaking the old mark of 44 set in 2008 by Ashland Central’s Brittany Stribling.
Did you know, Part II? Megan Schlechte was named to all-state teams in volleyball, basketball and softball and will continue her volleyball career at Lewis University. The coach’s daughter also has two sisters playing volleyball – Anna, a 5-5 sophomore defensive specialist at W-S-S, and Becca, a sophomore setter at IUPUI.
Did you know, Pt. III? The Stewardson-Strasburg school board voted 4-3 in May not to renew the co-op between Windsor and Stewardson-Strasburg, which last year produced a Class 1A title in softball and a runner-up finish in volleyball. The existing co-op expires at the end of the 2018-19 school year.