Skip to content
You are here
Home > Stories > Will it be magic, or melancholy, in Orlando? 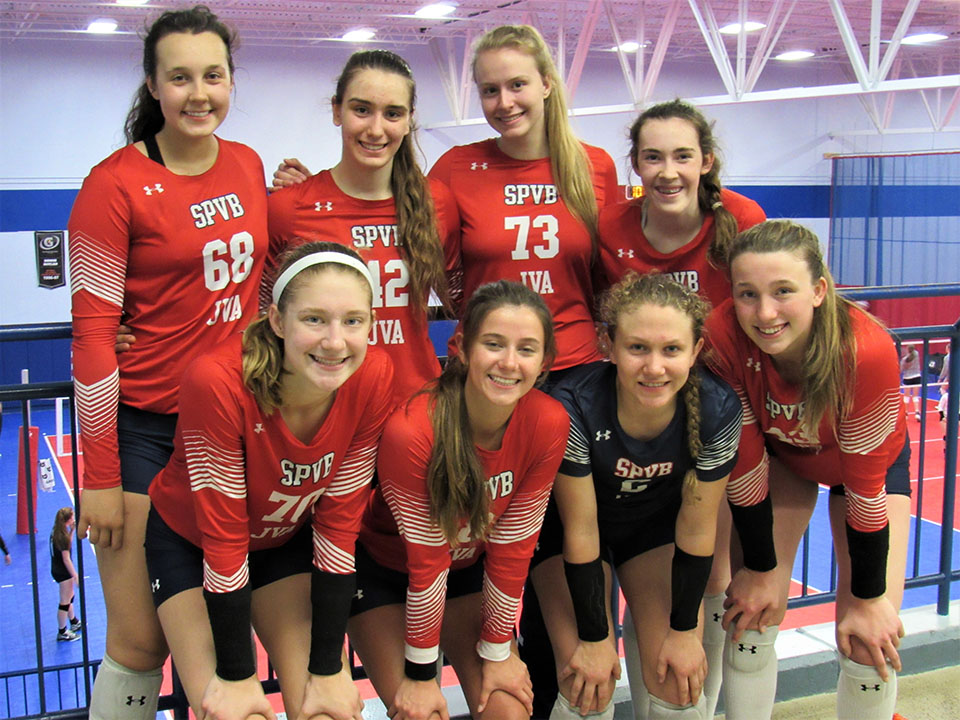 A few Illinois girls volleyball teams still have some work to do ahead of the AAU Girls’ Junior Volleyball Nationals in Orlando, Florida, on June 16-28.

It marked the second straight tournament that Sports Performance’s top 16s team failed to deliver on the final day.

SPVB 16 Elite outside hitter Cate Long from Aurora Christian said a breakdown in the team’s passing led to its late troubles at the National Junior Classic.

“We were just pretty much just hitting from the pins,” Long said. “Then the block was there so we couldn’t hit over the block. Our defense and passing needs to be really good. We’re a pretty good defensive team.

“The field at the National Junior Classic was really deep,” he said. “We just seemed to run out of steam at the end. We need to focus on being more aggressive. When the game comes down to 2 points and can go either way, it’s critical that you play aggressive.

Despite Sunday’s loss, Vogt is still hopeful of a top seed and a strong performance at AAUs.

“When we play against good teams, it really comes down to a few points and making big plays,” he said. “It’s really not a matter where we’re ranked. The most important thing is that we’re playing our best on Day 3 and Day 4.

“We’ve shown signs of that throughout the year,” Vogt added. “The most important thing going into a national tournament … having the ability to play at a championship level when you’re playing championship matches.”

“This group has done an outstanding job throughout the course of the year competing at a high level,” Vogt said. “Hopefully, we’ll peak at the right time and play great at nationals.” 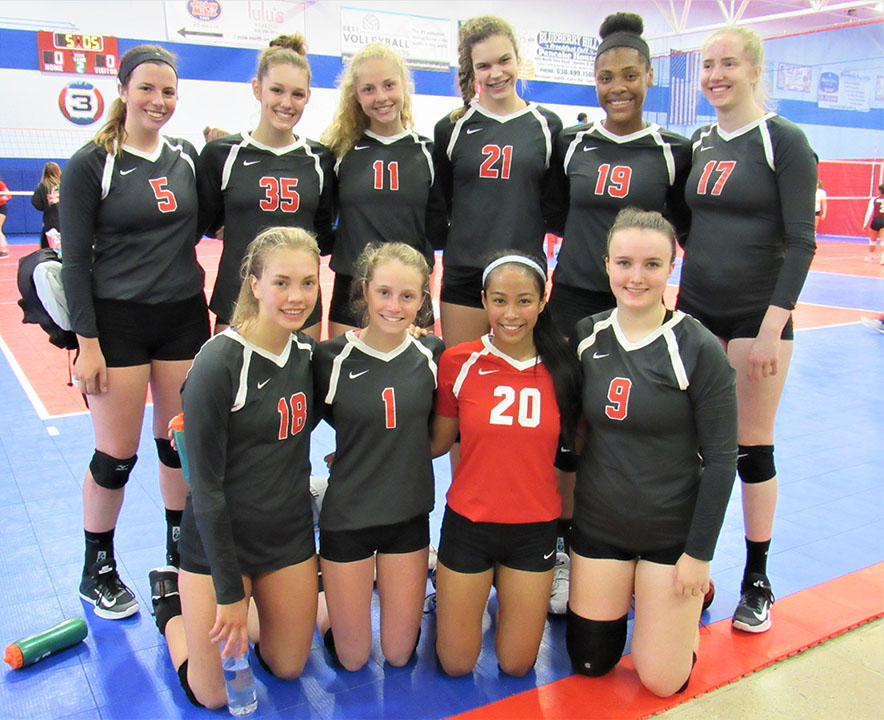 Another team that was hoping to build some momentum this weekend heading into AAUs was 1st Alliance 16 Black.

But the Western Springs-based club got off to an 0-3 start on Saturday and finished 2-4 in the tournament after falling for the second time in two days to Motion Volleyball 16 BLU 25-21, 25-12 in Sunday’s Silver Bracket championship match.

However, playing in the 16 Open division at the 18 GLC Pre-Nationals and in the Great Lakes Power League 16 Super Open division should serve 1st Alliance 16 Black well when it arrives in Florida later this month.

One characteristic that distinguishes 1st Alliance 16 Black from other clubs’ second team is its size, Koetter said.

“I think for a No. 2 team we have a lot of size and we’ve got better throughout the season at being able to use it,” she said. “Getting our middles involved is a huge key for us, so we need to be in system as much as possible.

1st Alliance 16 Black’s middle hitters are 6-1 Zahria Woodard from Oak Park-River Forest and 6-1 Sara Griffith from (Chicago) Jones. Toss in 6-4 Kaya Hood from IC Catholic Prep on the right side, and the Western Springs’ crew can put up a pretty formidable block.

The experience of another tournament prior to nationals should also help 1st Alliance 16 Black in Orlando, Koetter said.

“I think this region does a good job keeping teams involved throughout the month,” she said. “There’s not a lot going on late (tournament-wise), so that’s always a positive thing to be competing against other teams and other clubs instead of just within our own practice.” 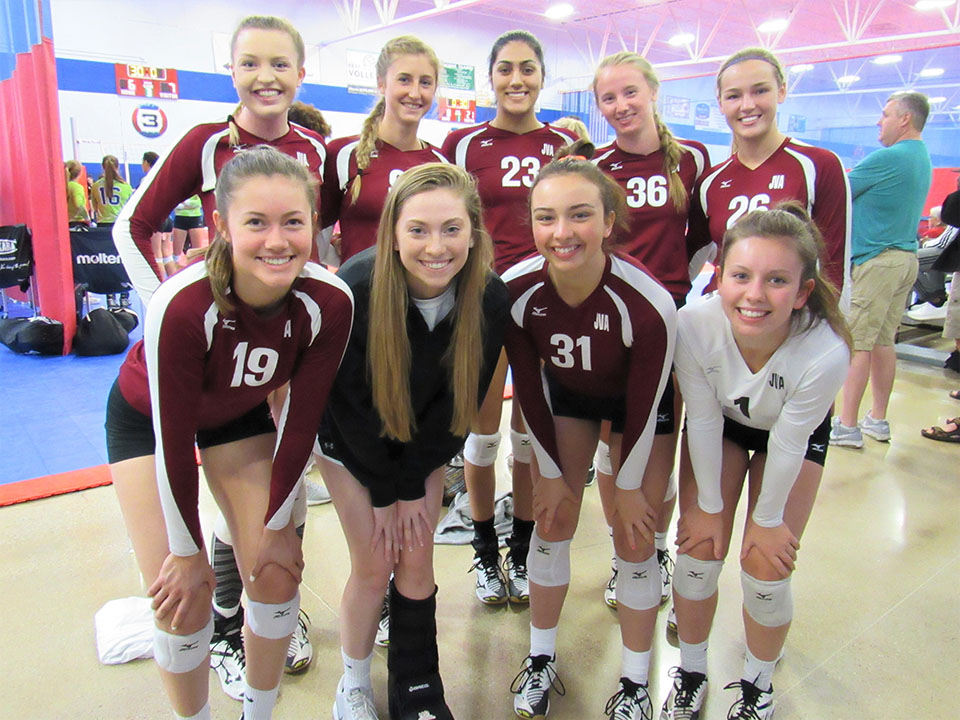 If practice could cure one ill for Illini Elite 16 Cardinal, it would be the team’s maddening inconsistency.

“Inconsistency is going to kill you,” said Illini Elite 16 Cardinal coach Andy Erins, whose team won three of its first four matches in the 18 GLC Pre-Nationals 16 Open division before falling to Cyclones 16 Black Adidas 14-25, 25-21, 17-15 in the third-place match.

“We played really well yesterday with the exception of a set here and there, and today we played pretty well,” he added. “We blew them (Cyclones 16 Black Adidas) out in the first set, then we stopped. What are you going to do?

“There’s no solution (to inconsistency),” Erins said. “If we know what it was, we would’ve fixed it by now.”

In its defense, by the time Illini Elite 16 Cardinal began its third set against Cyclones 16 Black Adidas at about 10:30 a.m., the Bloomington area girls had already played seven sets without a break.

Nevertheless, Illini Elite 16 Cardinal will need some help for its two standout middle hitters – 6-2 Allie Trame of St. Thomas More and 6-2 Mira Chopra from Champaign Central – to enjoy any success in Florida.

“That 16-year-old girls playing volleyball,” he added. “What are you going to do?” 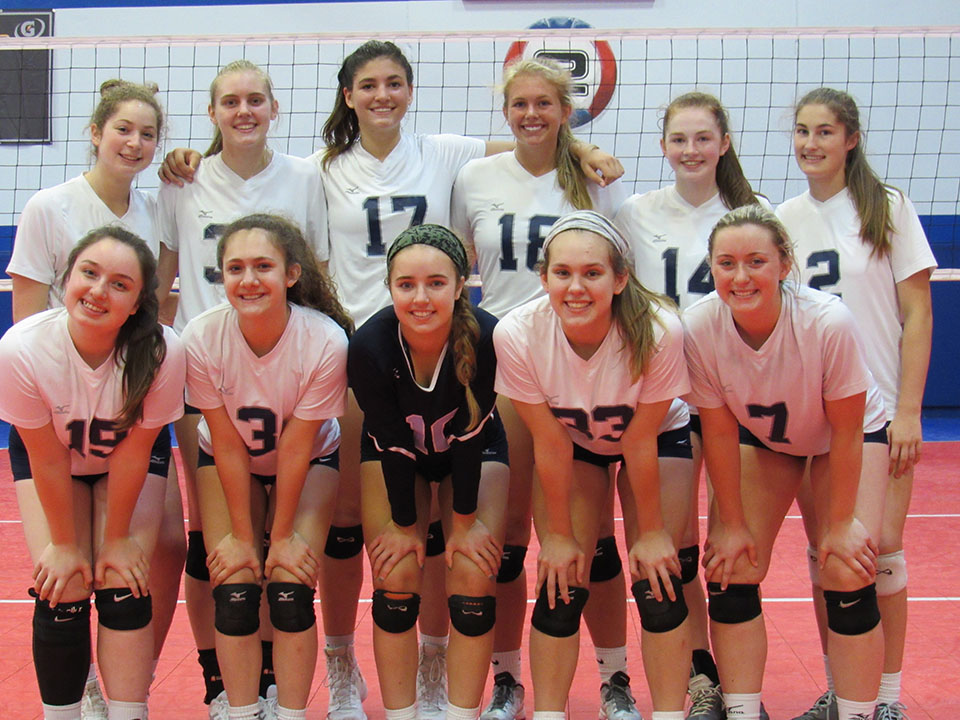 For more results from the 18 GLC Pre-Nationals, go to https://www.advancedeventsystems.com/EventResults/(S(0mcj0e45j3nyfl552djlc0nc))/Home.aspx?e=PTAwMDAwMTM2NzM90