Minooka starts the season as iilprepvb #1 team
​Defending state runner-up Minooka begins the season as the state’s consensus No. 1 team. The Indians return every starter save setter Brooklyn Bachmann, but whoever earns the setter’s spot will have a wealth of attacking talent from which to choose.

Six-foot-1 Ali Papesh, a Dayton University recruit, registered more than 400 kills as a junior including 20 in the Class 4A title match against Mother McAuley. She was named to the all-tournament team at the Mizuno Cup and was named second team all-state by the Champaign News-Gazette.

“Ali was the most explosive player in the area who really learned how to mix up her shots which left many teams guessing where she was going on offense,” said Minooka coach Carrie Prosek.

Also back are 6-0 senior outside hitter and Tennessee commit Rocky Perinar and 5-6 senior libero and Iowa State recruit Taylor Baranski.

“Rocky was also a huge threat for our offense and became unstoppable,” Prosek said. “She put the ball away for the winning point at both the sectional and supersectional championship matches.

“Taylor’s defense was among the best in the state,” the coach added. “She saved our team several times making big plays off big offensive hitters. She is quick and can read the ball better than any other player.”

Six-foot-2 senior and Kansas State commit Holly Bonde adds firepower from the rightside and a huge block at the net.

“It’s nice having a strong block and offense coming from the right side,” Prosek said. “You do not see that often in high school. Holly took on her role and could hit both the line and crosscourt shot with power and take many teams out of their offense.”

Ferris State commit Samantha Hermann, a 6-1 middle hitter, and St. Louis University-bound Olivia Klank are also back for a team that could easily run the table this season.

David Vales begins his 11th season as Sandburg’s head coach with what could be his best team at the Southwest Suburban Conference Blue division powerhouse.

“We return 12 of 14 players from a year ago including six starting positions including our libero,” he said. “We finished second and tied for third with a split squad this summer at the Palos Courts summer league.”

Also back are 5-9 senior rightside Teresa Egan (100 kills as a junior), 6-foot junior outside Erica Staunton (120 kills one year ago), and 5-3 sophomore libero Rachel Krasowski, who set a school record with 480 digs.

“We will be as deep as we’ve ever been with 17 rostered, capable athletes,” Vales said. “Stefanon and Staunton shared time last year so both are varsity ready. We go four deep in the middle and Imrie is in her third season on varsity. We shored up the defense with two junior defensive specialists.” 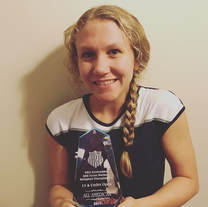 
No conversation about potential 2017 state title contenders can begin without mentioning Benet, which won state titles in 2012, 2013 and 2015 and finished second in 2014.

Eventual state champion St. Francis knocked Benet out in the supersectional in 2016 and Marist surprised the Redwings in a sectional semifinal a year ago, but Brad Baker’s crew is loaded again this fall.

Benet, 32-6 in 2016, will be powered by 6-1 senior outside hitter Lilly Johnson, a Bradley recruit who led the Redwings in kills last fall. Claire Byrne, a 5-10 senior outside, and Anna Paoni, a 5-11 junior middle, also return.

Hattie Monson, a 5-5 sophomore libero who is committed to Notre Dame, has been called the best libero at her age he has seen by Baker, who has produced a few defensive gems in his career including Sheila Doyle (North Carolina) and Brianne Riley (Kansas).

Monson was named to the 2017 Ultra Ankle JVA All-National Team this summer.

A battle to keep an eye on this fall will be between cousins Taylor and Ally Van Eekeren, who are vying for the starting setter job. Taylor, a 5-11 senior, is committed to West Florida, while cousin Ally, a 5-11 junior, will join the program at Creighton in two years.

Glenbard West’s string of 30-win seasons ended at five last fall, but Pete Mastandrea will have the Hilltoppers ready to defend their West Suburban Conference title in 2017.

“How we progress on offense depends on who is our setter,” Mastandrea said. “Brodner returns at setter but may be at outside hitter this season. Decisions at the setter position could slow up the progress of the offense initially, but we feel Dumerer has the ability to run a balanced attack.”

Glenbard West faces one of its toughest schedules ever with Marist, Benet, Downers Grove North, Montini and Marian Central on the docket.

Veteran coach Kris Fiore will do double-duty this year at Lincoln-Way East and with five returning starters and a key transfer to handle the middle the Griffins could easily improve upon last year’s 29-9 mark, which included a sectional semifinal loss to Plainfield Central.

“I think people will see a much more consistent team from Lincoln-Way East this year,” Fiore said. “Everyone is familiar with the system that we run and the expectations that we have. Returning our top three offensive players helps as well.”

“By the end of last year she hit and set for us,” Fiore said. “All off season she hit in club. Overall, she looks really good for us setting so far. I would guess she will run a 5-1 and surprise some people. She is a terrific leader who is very offensive in the front row being a tall lefthander.”

Lincoln-Way East will play one of the more formidable schedules in the state this fall with a conference match-up against Sandburg and tournaments at Plainfield North, Mother McAuley and the Mizuno Cup hosted by St. Charles East.”

Nick Mraz, who begins his third year as head girls volleyball coach at Lockport, has the Porters trending in the right direction after a 23-13 season one year ago including a 3-2 mark in the always-tough Southwest Suburban Conference.

“I feel like anything less than 25 wins and a regional championship this fall would be a big letdown,” Mraz said. “Our group learned how to win last year and I’m hopeful they will bring that mentality to our season.Lincoln-Way East and Sandburg are certainly front runners for the conference, but we will be confident and ready to play come October.”

“JoDee is poised to make a lot of noise this year and I expect her to be in the running for an all-state nomination,” Mraz said.

Morgan Schmutzler, a 5-9 sophomore outside/opposite hitter who was pulled up to the varsity after Kovanda’s late-season injury last year, will be a big addition as will be 5-8 junior setter Hannah Pacheco.

Junior outside hitter Jill Hook and middle hitter Kathleen Kwiatkowski should also find their way into the starting lineup.

The story at Plainfield Central begins with 6-foot-5 sophomore outside hitter Taylor Landfair, who Benet coach Brad Baker called “The best player in the world.”

Landfair played for the USA Youth National Team over the summer after becoming the first freshman to suit up for the storied Sports Performance 18 Elite team.

“We will be young but we have a ton of club experience,” said coach Erik Vogt.

Sports has a lot elements. It brings people entertainment. We cannot contest that fact. In return for their hard work, patience and so much courage, we must support them. I believe that every individual has their dream of becoming a great person. But what I have learned in sports is that if everyone wins, then you win. Because that is the essence of living our life harmoniously with sports.