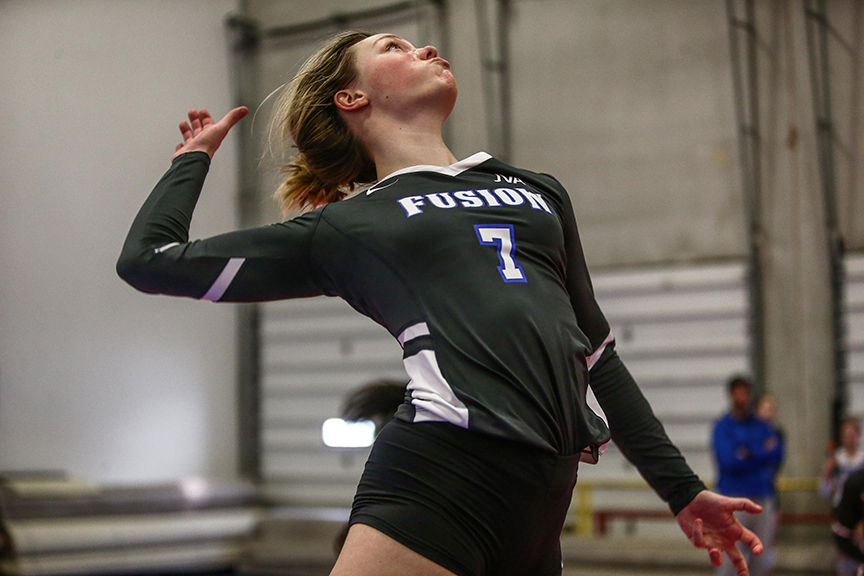 Adversity G16 Adidas coach Melissa Masterson wanted to see a little more confidence from her team when the Windy City Power League moved into its second weekend of play Saturday at the 1st Alliance Training Center in Woodridge.

“They kind of come out quiet,” she said. “They can let teams get on some runs. I don’t think they realize how good they can be. We’ve been working on our confidence, serving strong, and realizing they’re talented enough to compete with these 17- and 18-year-old teams.” 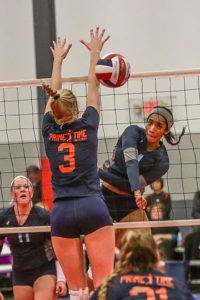 “They’re physical, they play well together, their volleyball IQ for 16-year-olds is pretty good and we have a lot of depth, a lot of options,” Masterson said.

Adversity G16 Adidas will begin its quest for a bid to the 2019 USA Volleyball Girls’ Junior National Championships June 27-July 6 in Indianapolis, Indiana, at the Mid-East Qualifier in Indianapolis March 22-24 before heading to Las Vegas for another qualifier in early April.

Masterson has a couple of goals for the team’s trip to the Las Vegas qualifier.

“We want to keep the girls out of pool parties, and we want to get a good look at some West Coast teams,” she said. “If we end up getting a bid, those are some of the team we’ll see at nationals that we don’t see around here.”

“I think because it’s our 18s year, it’s a little easier to get distracted,” said Lanz, a University of North Carolina-Wilmington recruit. “Because it’s our last year, we just want to have fun. So we just have to keep focused. But this group of girls is very driven. We like to win.” 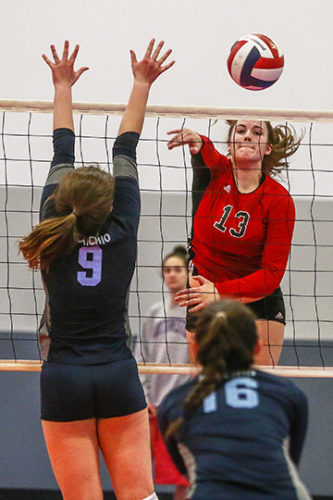 Fusion 18 Red was coming off the championship of the 18 USA division at the Windy City Championship two weekends ago at McCormick Place that secured its bid to the 2019 USA Volleyball Girls 18s Junior National Championships April 26-28 in Dallas, Texas.

“At least five of us have been together for four years now, so there’s a little bit of pressure because we want to keep doing better,” said Jablonski, who is uncommitted. “But I think we’re taking (the pressure) really well.”

Sky High went 11-5 in the 18 Open division at last year’s Great Lakes Power League, so playing against older teams is nothing new for the Crystal Lake crew.

“I wouldn’t say we we’re out of our element because we’ve always been a competitive team,” said Sky High’s 6-foot outside hitter Madde Blake from Crystal Lake Central.  “It’s not like, ‘Oh, we’re playing 17s and 18s.’ We are the old kids.”

Although disappointed by the loss to Wildcat Jrs., Sky High’s 5-8 setter and Seton Hall recruit Taylor Jakubowski believes her team will bounce back. 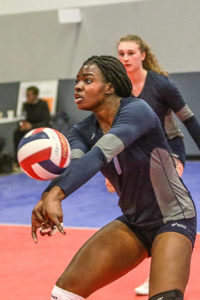 “We all work hard, we push each other, and even though we know we’re not going to play well all the time, we’re family and we pick each other up,” Jakubowski said. “We just keep playing our game.”

“This is only our second year together,” said Michio Chicago 18 National’s Erica Staunton, a 6-foot uncommitted outside hitter from Sandburg who is playing her third season at the Evergreen Park-based club.

“I think we just like each other,” she said. “We’re really close as a team. We have fun at practices and tournaments and everything. That helps us.”

Wildcats Jrs. 18 Black and Michio Chicago 17 National are both 6-2 after three days of power league play. 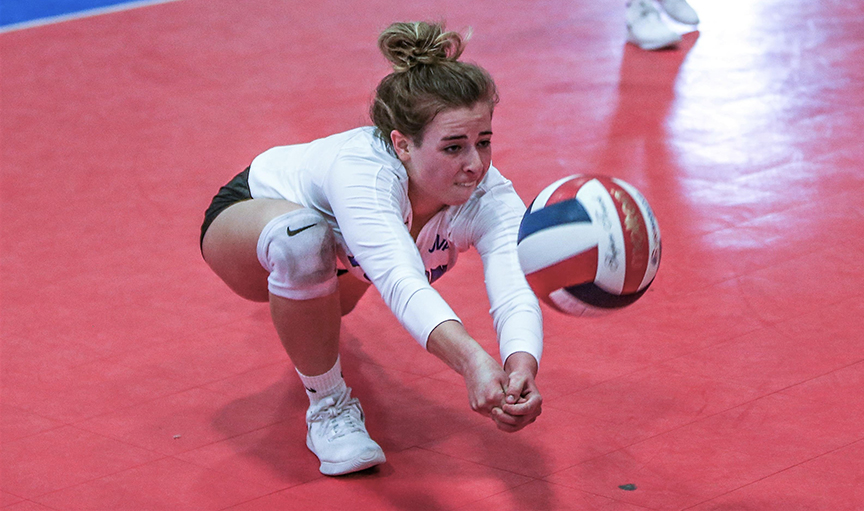