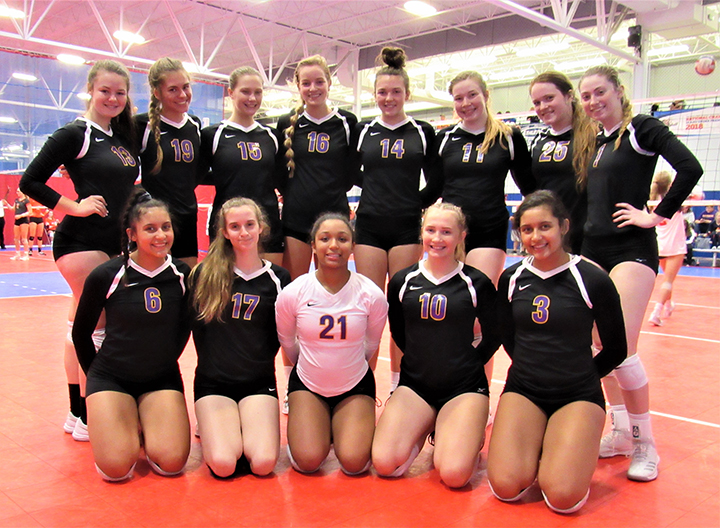 Bloomington gave No. 2 Benet all it could handle before bowing in the supersectional at Normal.

By Randy Sharer
Special to Illprepvb.com

NORMAL — Momentum showed no loyalty in the Normal Community Class 4A Supersectional on Friday.

First, No. 2 state-ranked (Lisle) Benet had more momentum than it could use in Game 1. Then Bloomington revealed its true talent in Game 2 before both teams turned Game 3 into a thriller.

“Game 1 was a fluke,” said Benet coach Brad Baker. “We knew that team is really talented. They have some kids on some really high-level club teams.

“Their coach did a great job of adjusting, making some changes. The second set, they flipped where they started their kids (three rotations). They got some different match-ups.”

The Purple Raiders, who were making their second Elite Eight appearance in program history, saw a dream season end at 33-5. The only Illinois teams to beat Bloomington were Benet and Normal University High.

“They are a really great team,” said Bloomington coach Joe Sanders. “They have such good offense. They play it real cleanly. Oh man, it was a good match.” 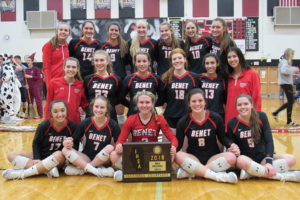 The Redwings, who have been first three times and second twice in five state trips, improved to 35-5 ahead of next Friday’s 7:00 p.m. state semifinal against Marist (37-3) at Redbird Arena in Normal.

“We felt we were in control, but everyone is good at this point,” said Penn State-recruit Rachel Muisenga, who had 6 kills for Benet. “They came out in that second set and really wanted it.”

The Redwings showed plenty of desire themselves while handling the pressure of 11 ties in the third set. The final three ties – at 21, 22 and 23 – were created by sophomore Kyla Kenney, who finished with a match-high 16 kills.

“They have hitters in every position, and they don’t make a ton of unforced errors,” said Sanders, who likes the Redwings’ chances to win a fourth state title. “Their defense is about as good of a defense as we’ve played.”

“Their defense was amazing,” said Anderson, who begins college classes in January. “They always got touches.”