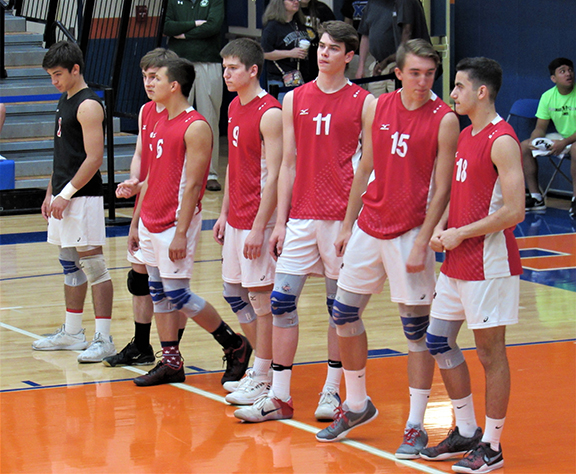 Barrington didn’t look anything like the team that had won 19 in a row and Glenbard West didn’t remotely resemble the team that lost to the Broncos less than a month ago.

The result was predictable.

Ardell and Williams were non-factors when Barrington defeated the Hiltoppers 25-21, 25-21 in a semifinal of the Northside Classic on May 5. But Glenbard West made a concerted effort to get the two involved Friday.

“We weren’t able to use our middles the first time we played them,” Ardell said. “It was nice to be able to do that today. It helped a lot. We knew they were a great opponent, but it wasn’t our best game when we played them before.

“Our defense played great today and we knew what we needed to do (offensively),” the Pepperdine recruit added.

“We knew the last time we played them we couldn’t get into system, we couldn’t run our middles, our serve receive was off and our defense was AWOL,” Glenbard West coach Christine Giunta-Mayer said.

“We just had to find our defense and then just be smart with what we were doing,” she added. “It was a completely different team today.”

Barrington (34-6) did offer some resistance in the second game, playing the Hilltoppers point-for-point before grabbing a 14-13 lead. But after his team tied the set at 14-14, Glenbard West’s 6-6 senior outside hitter Stone Metz served a 6-0 run.

“We were trying to make sure that we got them as far out of system as possible, make it hard for their setter to set a good ball and keep them as predictable as possible,” Metz said.

Barrington got 8 kills from 6-5 senior outside Michael O’Toole, but as a team the Broncos hit just .067 for the match.

“We’ve been playing really well the last month-and-a-half,” Barrington coach Rob Ridenour said. “Our calling card has been defense and serve-receive. But it’s really hard to win that way. It’s a skill that takes a ton of energy, a ton of effort.

“Today we just got beat,” he added. “They were better than us.” 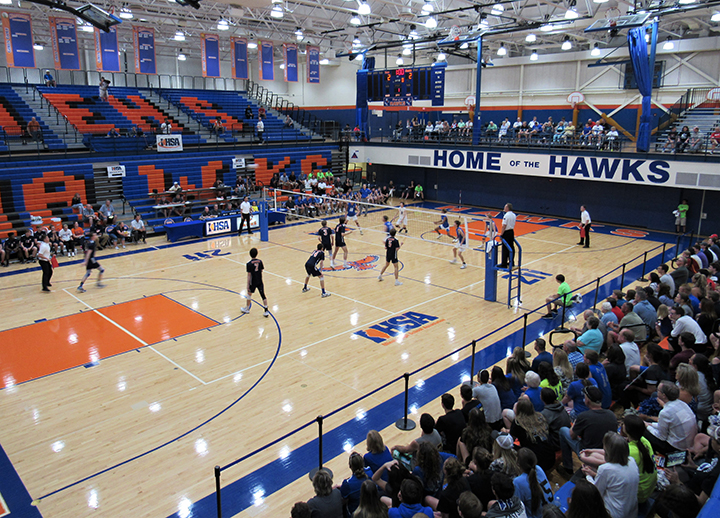 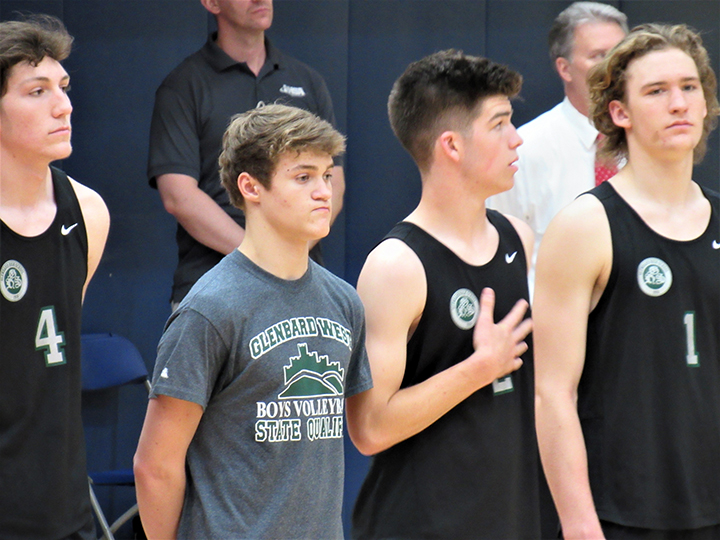 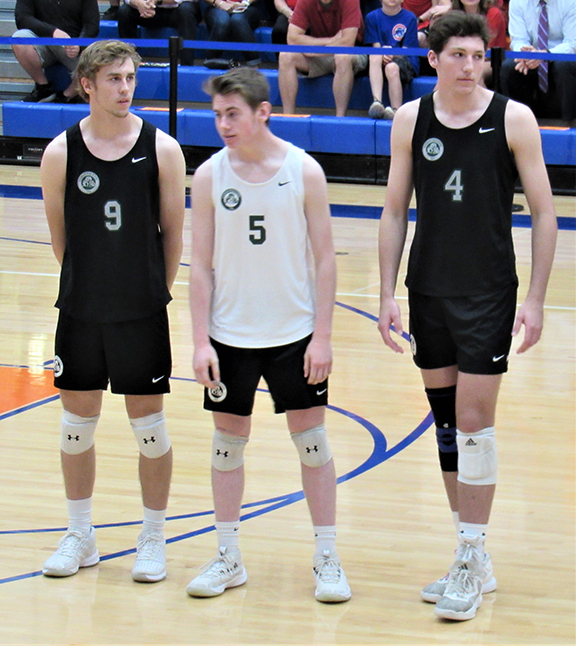 Jeremy Grove is back. And he’s bad. Bad, but in a good way.

The 6-foot-1 senior, who missed nearly a month with a high ankle sprain, pounded out 31 kills Friday including the match-winner to lead Neuqua Valley (32-7) past Lincoln-Way West and into the semifinals Saturday against Glenbard West.

“I don’t know how many matches I missed,” Grove said. “I didn’t keep track. I was just excited when I finally got my boot off and that was like, ‘I can walk.’ But everybody said, ‘Stay off it,’ and so I backed off. But the first practice back, I was back to my normal self.”

Grove’s 31 kills came on 57 attempts as Neuqua Valley rode its horse to its third semifinal appearance since 2007.

“I was just hitting as hard as I can and hoping it worked out,” he said.

“It’s really easy to get accustomed to setting these guys,” Schelegel said. “Jeremy’s probably the easiest person to set to because you just throw the ball up and he’s going to do something magical with it.”

The magic wore off for Lincoln-Way West (30-9) in the third set when the Warriors fell behind 5-1 at the onset, took a brief 11-10 lead, but found themselves trailing 17-12 during a 6-1 Neuqua Valley run aided by four Warrior errors.

Lincoln-Way West did pull within 22-21, but Grove, who scored the Wildcats’ last 4 points,  ended the suspense with a bullet one rally after his first match-point kill attempt was stuffed by Lincoln-Way West’s Chris Dargan and David Flores.

“These guys (her players) took everything I threw at them,” Lincoln-Way West coach Jodi Frigo said. “We made some adjustments, threw in some substitutes, and they kept battling and doing their job. We just needed to make a stop. It could have gone either way.”

Nearly lost in the hoopla over Grove’s heroics was the 21-kill effort by Lincoln-Way West’s 5-11 junior outside hitter Ben Pluskota, who hit .450 on 40 attempts. Dargan added 11 kills, Brandyn Cullen had 8 kills and 9 digs and Flores dished out 43 assists. 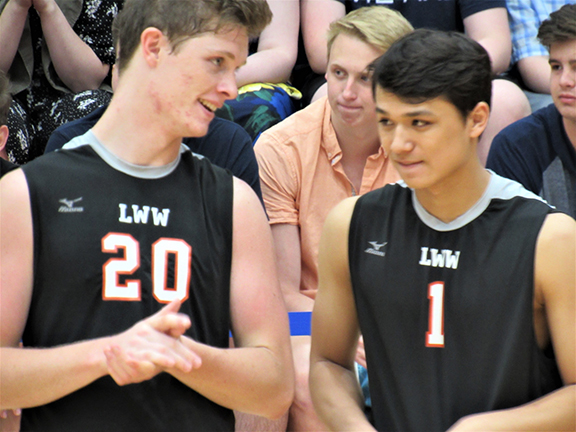 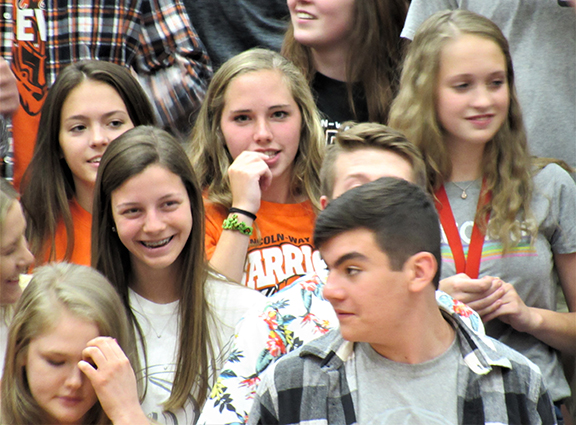 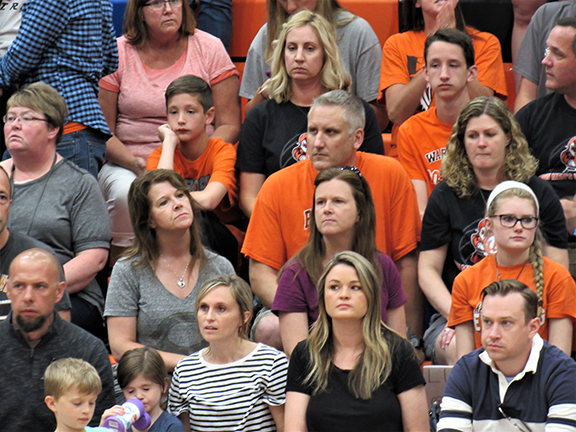 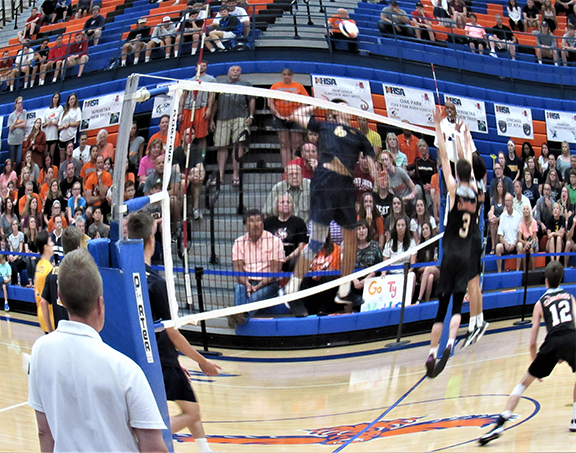 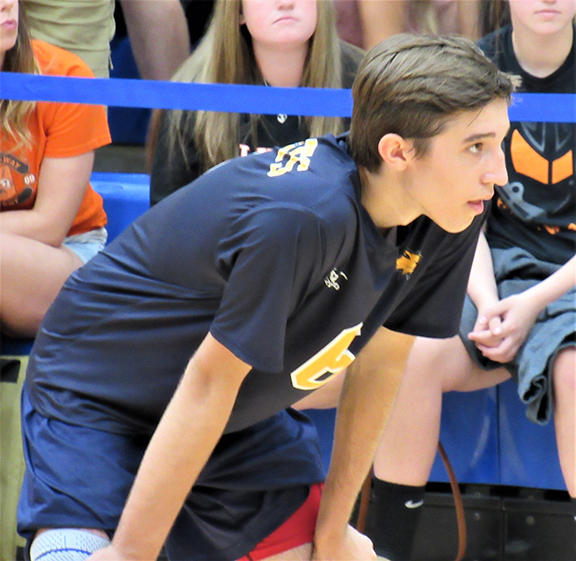 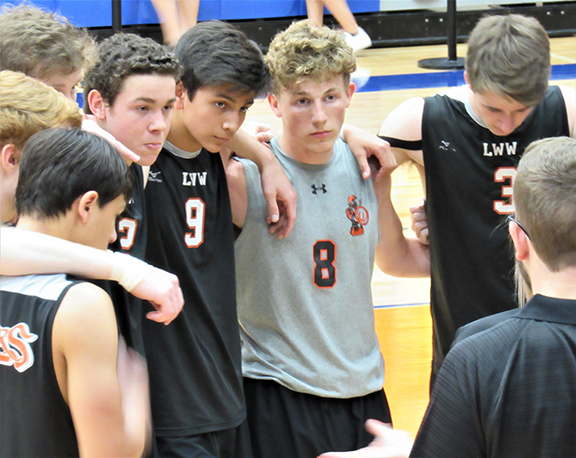 When the going got tough, New Trier got going.

The Trevians found themselves in a battle with unheralded St. Rita through the first 30 points of  both sets in Friday’s final quarterfinal match. But New Trier (34-6) closed out both games with big runs to advance to a 11:00 a.m. Saturday semifinal date with Lincoln-Way East.

New Trier could have surrendered the second set after St. Rita (21-19) used back-to-back blocks by 6-3 junior outside hitter Quinn Coghlan and 6-1 freshman Zach Carroll to pull even at 15 after the Mustangs had trailed big early.

But a kill by New Trier’s Joe D’Attomo, a St. Rita hitting error, a block by 6-6 senior middle James Snyder and an ace by Aaron Schatz were part of a 6-0 run that sealed the Trevians’ second semifinal appearance in three years.“I think when we got close the nerves started tightening up and really we should have started letting loose,” Coghlan said. “We had a couple of errors that cost us. I think we just had the nerves and started making silly errors.”

D’Attomo led a balanced attack with 6 kills and a block. Colin Heath added 5 kills and 4 digs, Jay Saravis had 4 kills, Tennessee Fulks dug 6 balls, Snyder had a kill and a block and Tergel Gandelger dished out 19 assists.

“We always talk about volleyball is a such a momentum game,” Haak said. “Every team can compete. This is a good reminder. Even though I think we were probably the better team overall, everybody competes with us.”

“We had an up-and-down season,” St. Rita coach Brian Hagen said. “We didn’t win in May until the playoffs. We had some injuries and things like that. It was good to see the players come together and figure things out. We fixed a lot of the errors we were making early in the season.” 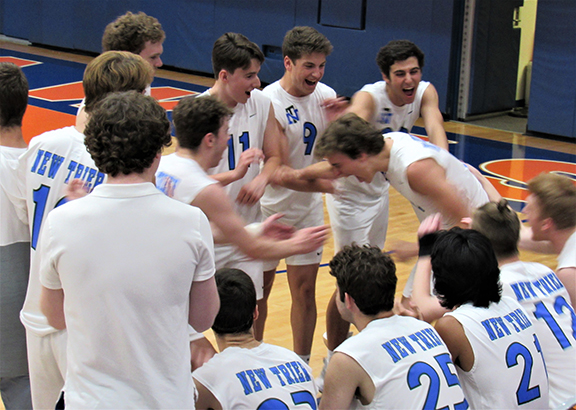 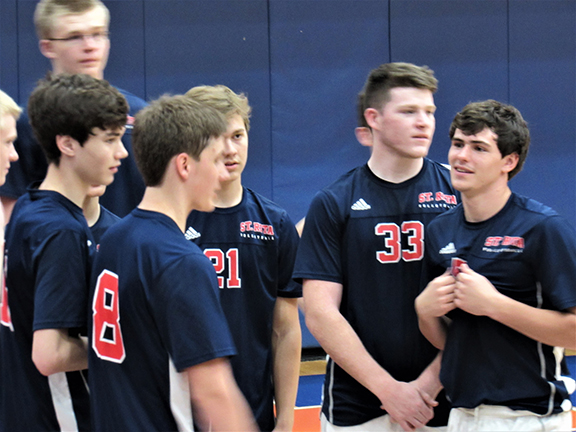 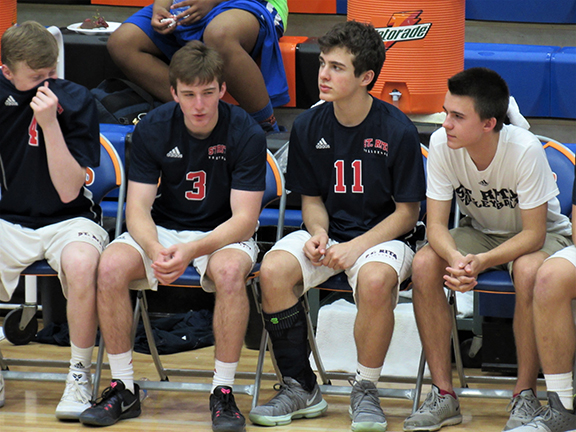 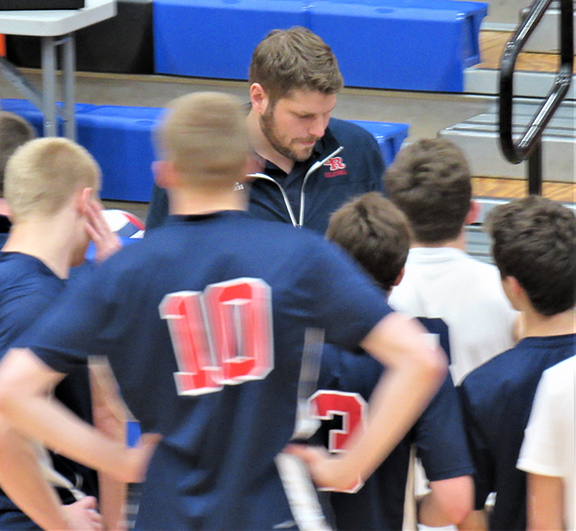 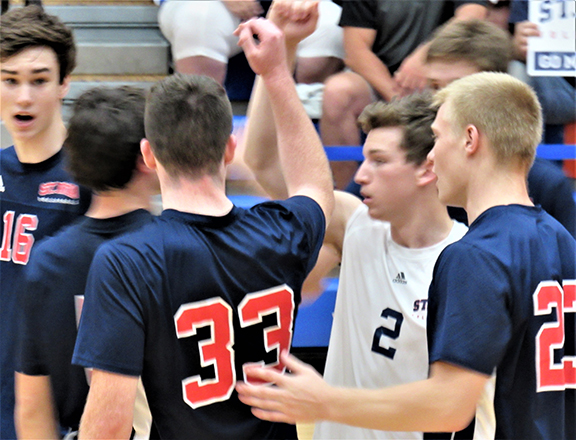