Skip to content
You are here
Home > Stories > Illinois boys club teams head to St. Louis this weekend with seeding, bids at stake 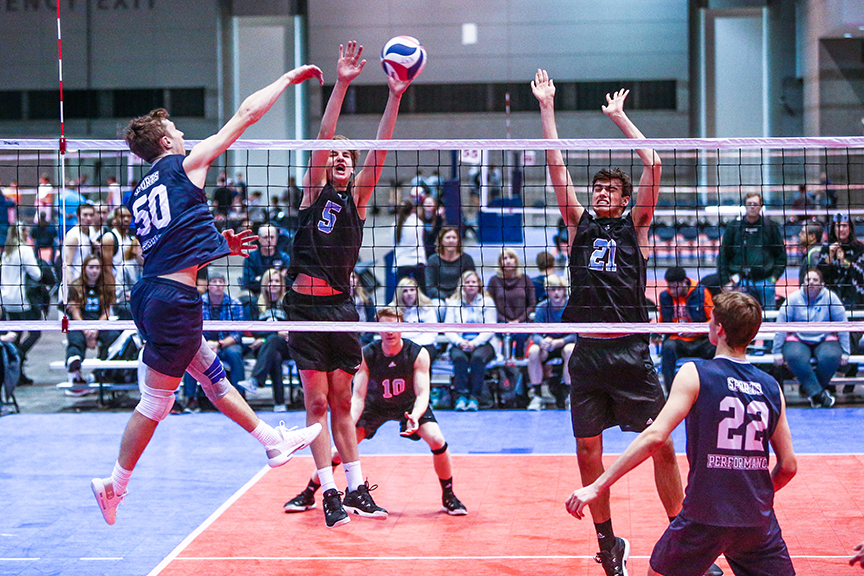 This weekend’s 19 Dennis Lafata Boys Bid Classic at the America Center in St. Louis, Missouri, is the final tournament of the season for boys’ club teams in Illinois before they break for the spring high school season.

For some teams – like Ultimate B18 Gold, UNO Boys 18 Elite, SPVB B18 Elite, Chicago Bounce 17 Red, SPVB B18 Lenny, SPVB B16 Elite and SPVB B15 Elite – it’s an opportunity to solidify their seeding at the USA Boys Junior National Championships June 30-July 7 in Dallas, Texas.

For other teams — like Adversity 18 Adidas and Pipeline 18 Nike – it’s a final opportunity to earn a bid to nationals.

Ultimate B18 Gold earned the No. 1 overall seed this weekend in St. Louis with its first-place finish in the 18 Open division of the 2019 Boys Winter Volleyball Championship January 19-21 at McCormick Place.

HPSTL B18 Royal, which defeated SPVB 18 Elite twice and went 6-0 during its only appearance at the Palos Point Series back in December, is seeded No. 2, followed by UNO Boys 18 Elite, which secured its bid to the nationals by defeating SPVB B18 Elite at McCormick Place. 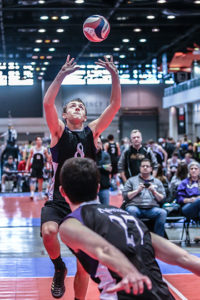 Standouts for UNO Boys 18 Elite include AJ Lewis, a 6-foot-4 outside hitter from Minooka who was the hero of UNO’s win over SPVB at McCormick Place, 6-foot-3 middle hitter Ike Papes from Providence and Joliet Catholic libero Dan Mangun.

Pipeline 18 Nike and Club 1 B18 Skronkstrong, two teams still in search of a bid to nationals, share a pool with HPSTL B18 Royal. SPVB B18 Elite and Timothy Christian’s 6-7 middle hitter Hunter Bailey are seeded fifth and find themselves in the same pool as Hitmen 18 Elite.

Another team with some work to do is Adversity 18 Adidas, which shares a pool with MVC 18-Phil, a team to which it lost 25-18, 25-21 at the Palos Point Series No. 3. As always, Adversity will rely on 6-4 Gabe Hartke from Barrington and 6-6 Bartosz Wielgos from Lake Zurich.

Chicago Bounce 17 Red, which finished sixth in the Palos Point Series 18’s division overall standings behind Barrington’s 6-3 outside hitter Ben Ridgway and New Trier’s 6-4 outside Colin Heath, is seeded No. 2 in the 17 Open division behind TORRI 17-1 from Puerto Rico.

SPVB 15 Elite, led by future Glenbard West star 6-4 setter Trevor Powell, is seeded second in the 15 Open division behind 382 Elite Boys ROX 15 Lime out of Florida and ahead of No. 5 Ultimate B15 Gold.