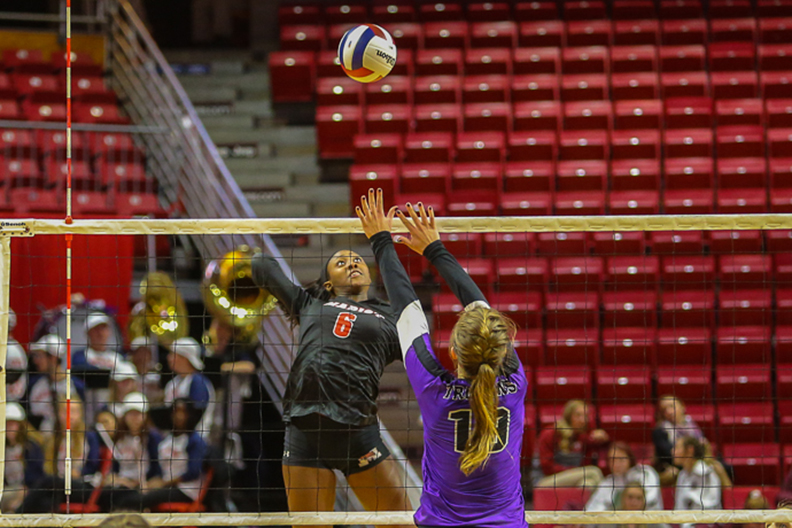 NORMAL – Almost as much as it wanted a second consecutive Class 4A state championship for its volleyball team, the Marist fans wanted 5-foot-5 junior Tess Brennan.

Inserted into the match to serve with Marist leading 22-11 in the second set, Brennan served out the match following consecutive hitting errors by Downers Grove North and a kill by 5-10 junior outside hitter Maddie Arundel as Marist completed the repeat with a 25-21, 25-11 victory.

“I’m so happy,” Brennan said. “I practiced so hard just to show them I’m capable of doing anything. It’s so amazing. I can’t even take credit for last year’s team. They were something so amazing and the fact that we can do this again is something unforgettable.”

Now the question arises … can Marist make it three in a row in 2019?

“We’ll see,” said 6-foot-2 junior outside hitter Camryn Hannah. “I think we can do it. Last year, we worked so hard to get here. But I think this year we all knew that this was possible and I think we worked really hard for it, and it was special to be together and do it again.” 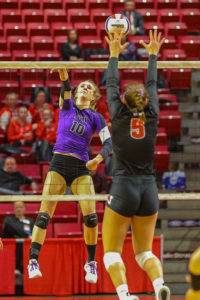 Marist had to withstand a late charge by Downers Grove North (30-12) in Game 1 after building a 21-14 lead. Behind kills by 6-foot freshman middle hitter Gwendolyn Wolkow and 6-foot senior outside hitter Margaret Mahlke, the Trojans closed to within 23-19.

Game 2 was never in doubt. The RedHawks broke to a 7-1 lead, and after a Mahlke kill closed the deficit to 13-9, Marist went on a 9-2 run to set the stage for Brennan’s appearance.

Mahlke, who is headed to St. Louis University in the fall, had 7 kills for the Trojans, who started the season 6-6.

“I can’t even put into words how proud I am of this team,” Mahlke said. “We’ve come so far from where we started. They’re the most supportive group of girls. The chemistry this team had is unlike anything I’ve ever been a part of and I’m so proud of every single one of them.

“It breaks my heart that this is my last time being a Trojan on the court,” she added. 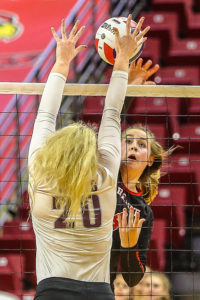 After losing to Marist in Friday’s semifinals, Benet coach Brad Baker eschewed the regular preparation for Saturday’s third-place match by declaring it a “fun day.”

“Last night was tough emotionally,” he said. “I told the girls, ‘Let’s just enjoy our last day together.’ We watched highlights of our season, listened to a mix tape some of the girls put together, went to Chipotle. We just wanted to enjoy being together.”

Maybe Baker will schedule more “fun days” in the future, because it paid off Saturday.

Benet opened Game 1 on a 10-2 run and never led by fewer than 5 points. The Redwings led 19-15 in Game 2, but Prairie Ridge pulled even at 21-21 on kills by Hannah Baudin and Trinity Sheridan. A kill by Tabares and a service ace by Caroline Gard gave Benet a 23-21 lead. 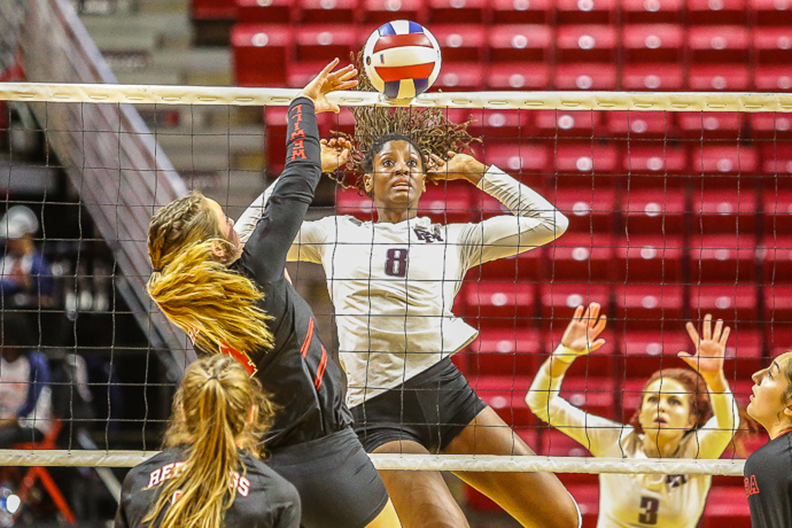