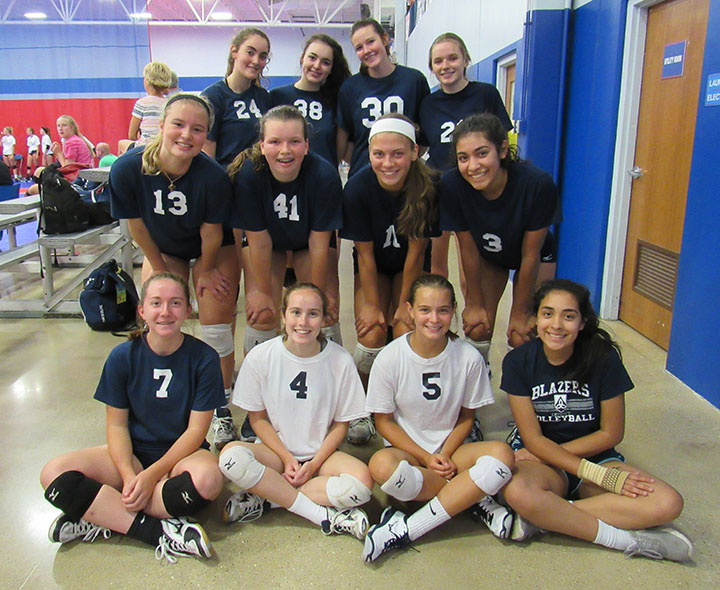 The stars are lining up at one of the perennial basketball powerhouses in Chicago to have a breakout season …. in volleyball.

Ken Uhlir, who took over the volleyball program at Trinity High School in River Forest five years ago, has three very good reasons to be excited heading into the 2018 season – Emma Jacobs, Haley Gohmann and Joseline Alvarez.

Jacobs, a 6-foot junior, set a school record with 367 kills last season, including 14 in a Class 3A sectional semifinal loss to Montini. Uhlir said Jacobs is “Completely underrated and almost always the best player on the court no matter who we play.”

Gohmann, a 6-foot middle hitter, added 150 kills last season and is a force at the net offensively and defensively, while Alvarez had 208 kills as a junior including 10 against rising 3A power Nazareth and 12 in a regional final win over Glenbard South.

However, two of the three almost played their high school volleyball elsewhere.

“I told the girls this summer that what an opportunity they have this year,” Uhlir said. “The stars are lining up.”

The daughter of a Trinity alumnus, there was never any doubt where Jacobs would play out her high school career. She has been with Uhlir, who runs Triple Ace Volleyball Club in River Forest, since the fourth grade.

But Gohmann almost went elsewhere before changing her mind, and after she registered for classes as a freshman, Alvarez’s family sent a notice to the school that it was moving to Washington, D.C., for her dad’s work. Luckily for Trinity, the family decided to stay in Chicago.

“That’s how it works out sometimes,” said Uhlir, whose team was 23-15 last fall. “We’re a small school, but we’ve been a basketball powerhouse for years and are always ranked in the top 10. We’ve been fortunate lately to get some kids who want to play volleyball.”

And the kids can play. 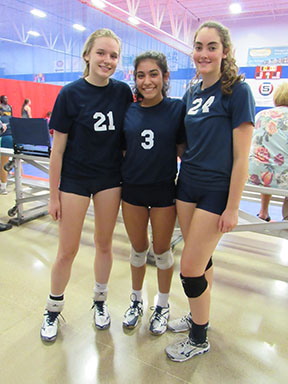 “Emma … it’s a legit 367 kills,” Uhlir said. “My daughter, Carly, played for me for three years and had 280 kills her senior year. We were all blown away by that. Then Emma comes along … she hits from everywhere and she’s a fierce, fierce competitor. She does everything.”

Alvarez may be a bit undersized at the pin, but as she showed against Nazareth and Glenbard South last year, size does not matter.

“When you get that many kills from your outsides, you know you can compete,” Uhlir said. “You’re not always going to be in system, and when you can rely on girls who can hit from everywhere, it’s exciting.”

Trinity’s volleyball program also has a luxury this fall that it has never enjoyed in Uhlir’s previous four seasons: a pair of athletes who were trained as setters in middle school.

“Setting for us has always been an obstacle,” Uhlir said. “But we have two freshmen coming in as setters. One played for me in club. They’re both talented athletes. They’re a little green, but I have full confidence in them that they’re going to be solid additions.

“Ii makes me feel like the stars are lining up there, too,” he added.

“The girls are hungry to get downstate after losing three-set matches in the sectionals two years in a row,” Uhlir said. “We have some young kids, so we’ll see how it works out.”