Skip to content
You are here
Home > Stories > Third time’s a charm as Normal U-High upsets No. 13 Bloomington at Intercity 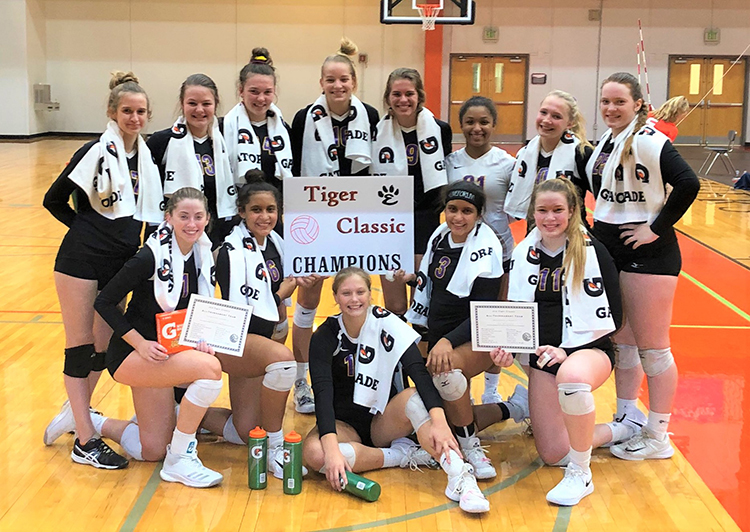 Normal U-High finally knocked off Bloomington on its third try Saturday at the Intercity Tournament.

By Randy Shearer
Special to Illprepvb.com

The secret to success, however, may have been something else as the Pioneers faced Bloomington in their fourth match of the day without a rest.

“It’s a battle of will,” said U-High coach Michael Bolhuis, whose school hadn’t won the title outright since 2008 and hadn’t shared the crown since 2009.

The Pioneers stormed through the five-team round robin without losing a game to improve to 21-4 on the season.

“It’s Intercity … it’s a battle every single match,” said Bolhuis, whose team placed third in last year’s Class 3A state tournament. “I think a certain level of consistency the entire day got it done.”

“We kept our error count down pretty well the entire day,” Bolhuis said. “It just comes down to execution.”

Alayna Crabtree, a 6-foot-2 U-High junior, did plenty of executing at the net while notching a team-high 33 kills for the day. Winthrop-bound Isabel Schaefbauer provided 61 assists and Logan Murray added 33 digs.

A few too many unforced errors took the fun out of Bloomington coach Joe Sanders’ day.

“I don’t want to take anything away from (U-High),” he said. “They played great defense and blocked well. We made 7 or 8 hitting errors in that (15-5 Game 2) run right there. It could have easily been a different game.”

Normal Community (5-8) went winless in the tournament for the first time since at least 1989. The Ironmen were led by Katie Gerig’s 29 digs and 32 assists while Delaney Dirker had 14 kills.