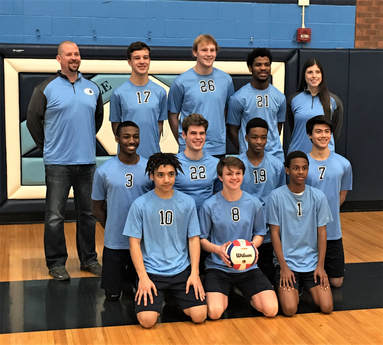 Coach Joe Nesbit and his Belleville East Lancers
The O’Fallon Panthers under first-year coach Amy Sheehan are 9-0 and have emerged as the team to beat in Southern Illinois.

Last weekend, the Panthers went 5-0 to win the Rockwood Summit Tournament in Missouri.

The three Belleville schools have taken turns beating up an each other. Belleville West defeated East in three sets during the Belleville East Invitational on March 24, and two nights later, Belleville Althoff did the same thing to East after the Lancers won the first set.

Edwardsville also made a rare visit to the Chicago area earlier this season, defeating Joliet Catholic and Bolingbrook but falling to Metea Valley and Lincoln-Way West to finish sixth at the Joliet West invitational.